Pumpkin spice existed long before the PSL. Here’s the fascinating history of the fall spice.

Pumpkin spice is synonymous with fall. We associate it with shorter days, cooler temperatures, comfy sweaters, and apple-picking. In October and November, you’d be hard-pressed to find a merchant who didn’t have some pumpkin-spice-flavored offering: coffees, sure, but also baked goods, dog treats, cleaning supplies, and many more.

The addition of pumpkin spice to nearly everything is usually dated to the debut of Starbucks’s Pumpkin Spice Latte. Released in limited numbers in fall of 2003, since then the PSL has sold hundreds of millions, according to CNBC. Following the PSL success, the spice blend exploded in popularity with seeming everyone selling something containing pumpkin spice. It is easy enough to do because the blend is cheap and widely available; although, as you’ll learn, that wasn’t always the case. 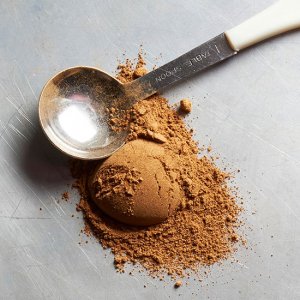 What is pumpkin spice (aka pumpkin pie spice)?

Pumpkin spice does not actually contain pumpkin. The blend of cinnamon, ginger, nutmeg, and allspice got its name because it is traditionally used to flavor pumpkin recipes. (Cloves and mace are sometimes included too.) All these different spices—sometimes hailing from completely different parts of the world—remarkably came together to create the blend we love.

Where does pumpkin spice come from?

Bear with us, its history is fascinating.  The origin of pumpkin spice dates back to the and the Dutch East India Company. Most spices in today’s blend—cinnamon, ginger, nutmeg, mace, cloves—are native to Southeast Asian islands. Some could be found exclusively on a few island groups that are now part of Indonesia. Known as the Spice Islands, their location was a closely guarded secret. The Dutch took control of the Spice Islands in the early-17th century. Those islands became integral to the success of the Dutch East India Company and the spread of those spices. Access to the spices inspired the Dutch to  create blends such as speculaaskruiden, which is similar to pumpkin spice but also has cardamom and sometimes white pepper. The popularity of speculaaskruiden in Netherland desserts lead to the spices moving across borders.

By 1796, the spice blend had made its way to the New World, as evidenced by the first known cookbook to be written by an American, American Cookery by Amelia Simmons. It includes a pumpkin pie recipe. (She spells it pompkin.) Her spice blend contains  mace, nutmeg, and ginger.

What about the pumpkin?

Pumpkin is one of the earliest domesticated crops on Earth, but the indigenous peoples of North America mostly used them in savory pumpkin recipes, often spiced with chiles. It was the Europeans who enhanced the high sugar content of pumpkin by making it into a pie. As far back as there are pumpkin pie recipes, some variation of pumpkin pie spice is used: A 1675 British recipe for “pumpion pye” calls for cinnamon, nutmeg, cloves, and pepper. However, since the gourd is a North and South American crop, that’s where the spice blend became so closely associated with pumpkin.

McCormick, the world’s largest spice seller, introduced a spice mix branded as “pumpkin pie spice” to America in 1934. “The original purpose was to flavor pumpkin pie,” says Laurie Harrsen, McCormick’s senior director of consumer communications. That introduction was a direct response to the invention of pureed canned pumpkin, which canned-food company Libby’s, then based in Chicago, had introduced in 1929. Pumpkins could be difficult to prepare in those days (and still are, if we’re honest), and the shelf-stable cans of perfectly smooth puree made pumpkin pie incredibly easy to make.

Related: How to Cut a Pumpkin and Roast the Seeds

We here at Better Homes & Gardens magazine have been writing about pumpkin spice for decades, though not necessarily using that term. The first time it appears in the Better Homes & Gardens New Cook Book is in 1930 in a pumpkin pie recipe. That recipe calls for only cinnamon and ginger, but the next recipe on the page—caramel pecan pumpkin pie—calls for cinnamon, nutmeg, and allspice. By the 1960s, editions of the New Cook Book simply called for pumpkin pie spice, which was by then popular thanks to McCormick.

What can you use pumpkin pie spice for?

People have been urging the use of pumpkin spice in nonpumpkin recipes for generations. According to Harrsen, McCormick published recipes for pumpkin pie spice that have nothing to do with pumpkin pie. “We have a Chicken ‘N’ Yam Skillet Supper recipe from the 1960s,” she says. “In the 1970s, our packaging suggested using it on everything from buttered toast to applesauce and yams.”

Savory uses for pumpkin spice never really took off though. Maybe it’s in part due to the cinnamon. There are plenty of cuisines that use cinnamon in savory dishes—the Vietnamese noodle soup phở has cinnamon as one of the fundamental ingredients of its savory broth, for example. But in the United States, cinnamon remains associated mostly with sweet. Cinnamon rolls, cinnamon apples, and snickerdoodle cookies are a few popular uses, and it’s difficult to find any American, or Western European, dish that calls for cinnamon to be used in a savory way.

Pumpkin spice has taken a circuitous route to your local Trader Joe’s and Starbucks. From secret islands, to Dutch shortbread, to British mixed spice, and to the New World pumpkin spice has traveled around the world. Some may roll their eyes upon hearing about the newest pumpkin-spice product, but the spice blend has our hearts (and a permanent place in our spice cabinets).